Roadmap for aviation recovery after the Covid-19 pandemic needed

Roadmap for aviation recovery after the Covid-19 pandemic needed

Share this
June 10, 2022
Wednesday, June 08, 2022 13:57
Within the framework of the sixteenth Asian Routes Development Forum, many participants said that the aviation industry plays an important role in the development of the country’s economy and the industry links Vietnam and the world. However, a roadmap for the recovery of the aviation industry after the Covid-19 pandemic is needed. 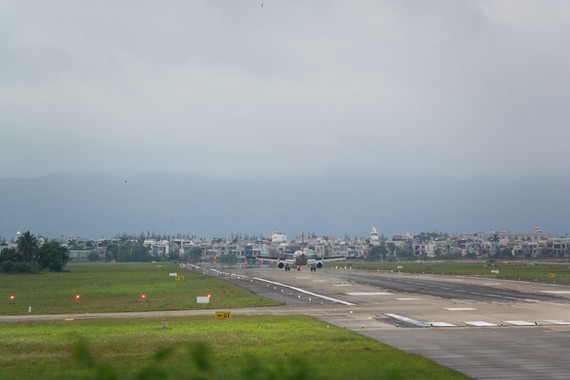 Roadmap for aviation recovery after the Covid-19 pandemic is needed

According to Deputy Director of the Civil Aviation Administration of Vietnam Dinh Viet Son, the socio-economic situation in the first four months of the year achieved many positive results such as a 5-percent increase in the gross domestic product (GDP) in the first quarter of 2022 over the same period. The macro-economy is stable, inflation is under control, major balances are secured, and exports recovered strongly.

Moreover, the international community’s positive assessment of the stability of Vietnam’s socio-political environment and disease prevention has shown that the Southeast Asian country is a safe destination for international visitors and it is an attractive place for investment and business. This has brought a great advantage to Vietnam compared to other countries in the region.

The lifting of restrictions related to the prevention of the Covid-19 epidemic in domestic air transport was implemented in January 2022, after a long time of nationwide social distancing, the boom in domestic tourism demand has created conditions for the domestic aviation market’s quick recovery; subsequently, it resulted in increased transportation as well. Approximately 11.5 million holiday-makers have traveled locally in the first four months of 2022, equaling 98 percent of the same period in 2019.

Last but not least, Vietnam is one of not many countries that has soon implemented measures to loosen entry regulations for international visitors as well as restore visa policies on entry and visa exemption for citizens of 13 countries including Western European countries.

Although Vietnamese and international airlines have restored most of the routes to traditional markets, a few airlines operated international flights, and the frequency of operation is still limited because there have been not many international visitors; most of them are official visitors, visiting relatives, and doing business.

In addition, the coronavirus pandemic has had an impact on the income of people who had to struggle to make ends meet, so people tend to tighten their spending and reduce unnecessary needs, including international travel.

Being the largest airport operator in Vietnam, Deputy General Director of Airports Corporation of Vietnam (ACV) Nguyen Quoc Phuong said that since the epidemic broke out, the unit has developed several special transportation procedures to ensure the safety of staff and passengers and achieve the Airport Health Accreditation (AHA) and the Safe Corridor Initiative (SCI). 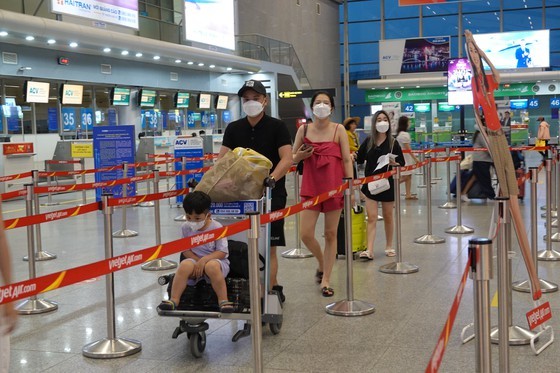 At the same time, ACV has connected Airports Council International and airports around the world to create preferential policies for airlines to attract more flight routes when the border is opened. Between 2021 and 2022, it has successfully signed airport operation agreements with airports in Japan, Korea, Italy, Istanbul, and France.

Besides, ACV is actively expanding the airport infrastructure to ensure the goal of becoming a gateway connecting economic regions of Vietnam with the world and vice versa. Specifically, the corporation has implemented a series of projects to build and expand new passenger and cargo terminals at airports such as Cat Bi in the Northern City of Hai Phong, and Cam Ranh in the South-Central Province of Khanh Hoa, Da Nang in the Central City of Da Nang. These projects are expected to be completed in 2025.

As for Long Thanh International Airport, phase 1 will be put into operation in 2025, with a capacity of 25 million passengers and 1.2 million tons of cargo a year. This is a national-level project that is important for the country’s socio-economic development, defense, and security.

Meanwhile, from 2021 through 2030, ACV will build a new passenger and cargo terminal in the Da Nang International Airport. The new cargo terminal has a total initial investment of VND350 billion (over US$15 million), with a capacity of 100 to 150 thousand tons annually.

This terminal will be one of three dedicated aviation logistics centers in Vietnam. The new passenger terminal has a total initial investment of VND10,000 billion with a capacity of 15 million passengers yearly. Construction is expected to start in 2025 and be put into operation in 2030.

According to Nguyen Quang Trung, Head of the Planning and Development Department of the Vietnam Airlines Corporation (VNA), from 2020 to 2021, VNA is the leading airline in transforming the passenger cabin to enhance the transport of goods, vaccines, drugs, and medical supplies to serve anti-epidemic needs. To speed up the recovery after Covid-19, VNA has improved the aircraft not only for transporting passengers but also for cargo flights.

At the same time, VNA has also promoted digital transformation, including developing an online shopping platform. By 2025, VNA aims to become a digital airline. The information will be regularly updated on the company’s website. Artificial intelligence is put to use to enhance the customer experience.

The sixteenth Asian Routes Development Forum was taking place in the Central City of Da Nang from June 6 to 8.