Vietnam Races Ahead of Other Southeast Asian Countries in Tourism Reopening

With just 270 cases and zero coronavirus deaths, Vietnam has emerged as the first Southeast Asian country to pull its tourism sector out the pits, ahead of major Southeast Asia nations such as Singapore, Thailand, Malaysia, Indonesia, and the Philippines that are still under various degrees of lockdown.

Domestic flights are now back in operation, as are bus and train services, restaurants, and retail outlets, as Vietnam charged on with reopening since April 23. Vietnam Airlines is understood to be in discussions with the government to resume some international flights in June. Efforts to create reciprocal travel bubbles with China and South Korea are in the works. If successful, this will give Vietnam a headway over Thailand, for whom the two markets are also key.

Vietnam Tourism Advisory Board, a non-profit comprising industry leaders and stakeholders, has asked the government to hold “early bilateral negotiations with source markets that have contained community transition,” vice chairman of the board, Kenneth Atkinson, told Skift.

“[The first bilaterals] are with the markets we need the most, i.e., China and South Korea,” said Atkinson, who is also founder of Grant Thornton Vietnam. “Then Australia, New Zealand, Singapore and Taiwan, although Singapore isn’t looking too great right now with the cases from migrant workers.”

Together, China and South Korea account for 55 percent of arrivals to Vietnam, so “they are really critical,” added Michael Piro, chief operating officer, Indochina Capital. Of 18 million visitors last year, six million were from China and four million South Korea.

Such travel corridors will open up both business and leisure travel, he added. “A lot of manufacturing companies have already shifted to Vietnam from China. FDIs [foreign direct investments] are a mirror of our tourism flows. Chinese and Koreans are our biggest investors; they are also our biggest tourism sources. As those travel bubbles open up, FDIs will start to flow in again and tourism money will start to flow back.”

But Atkinson is realistic that bubble talks may end up bursting. “The model has its challenges. For instance, while Shanghai has contained community spread, how do we ensure that passengers on the Shanghai flight to Vietnam are all from Shanghai?” he said. Fears of a second wave, as seen with new cases in China and South Korea, are another uncertainty.

Still, both Atkinson and Piro are hopeful of Vietnam opening borders with China.

“This year is an election year in Vietnam, similar to the US, and the country wants to show economic growth,” said Piro. “So while Vietnam has been cautionary in dealing with the virus, it’s now more cognizant of economic growth. It will push whatever is necessary to get trade and tourism going again, at least domestic travel first if not international.”

Prospects of domestic travel kickstarting recovery, as it did after the 2003 SARS outbreak, appear bright.

Enquiries for hotel and Airbnb bookings for the recent national holiday April 30 to May 1 rose for areas close to major cities, according to data obtained by Indochina Capital.

Piro, who owns several bars and restaurants in Ho Chi Minh City, said when the outlets reopened recently, the numbers they achieved were better than those before the virus. “Though it’s still early days, that tells me the locals are super eager to get out of their houses. Last week, Vietnam opened large-scale bars and nightclubs; I was in town and it was packed.

“The government’s done a great job in re-instilling confidence in people and, seeing that the situation is now under control, people want to move about,” said Piro.

The government moved swiftly to contain the virus. From February 29, it required passengers from outbreak areas to be quarantined for 14 days, and suspended visa-free travel for South Koreans and Europeans before sealing off completely from March 12 to overseas arrivals, including Vietnamese.

Entertainment venues and tourist attractions were ordered to shut, and maximum social distancing measures and closure of all facilities except those selling essentials were imposed on April 1.

But it wasn’t all harsh measures that only one-party communist states could order. While some villages in Indonesia scared locals to stay home by having people roam the streets dressed up as a ghost, or Duterte in the Philippines simply asked police to shoot those who refuse quarantine, Vietnam did initiatives such as a pop song and dance on hand-washing which went viral globally.

About 40 percent of its population of 96 million are under the age of 25. Energetic, healthy, tech-savvy, mobile and risk-takers, they were part of a whopping 85 million domestic trips last year.

“It’s actually a pretty fantastic number and one that people overlooked,” said Atkinson, echoing a similar under appreciation of domestic tourism found in other destinations.

Vietnam’s healthy domestic travel market is thanks to an 11 percent GDP per capita growth rate since 2000, one of the fastest rates in the world. Another factor is the government invests 11 percent of GDP on infrastructure such as roads. “No other country in Southeast Asia spends more on infrastructure than Vietnam,” said Piro, adding that 60 percent of domestic travel is by road although air travel has also been stimulated by growth of low-cost carriers led by Vietjet and Jetstar.

During a webinar hosted by Delivering Asia Communications, Piro said a campaign by Vietnam Ministry of Culture, Sports & Tourism, offering travel packages that are 30 percent lower in pricing, will fire up the domestic market as it always responds well to promotions.

Vietnam now finds itself in the unusual position of a first-mover over Thailand in attracting Chinese and Korean travelers in a post-coronavirus world, burnishing its image as an upstart to its more mature neighbor.

As it is, it took Vietnam just seven years to go from six million arrivals to 15 million, while Thailand took 15 years.

Thailand should be more wary. Even before Covid-19, it was fighting a heavy-duty battle to win back Chinese tourists after a fatal Phuket boat mishap. Add to that, Vietnam may be in a better place to cater to changing consumers post-pandemic.

“I won’t discount Thailand which still has a lot going for it, but I’d say Vietnam will have a quicker head start on the first wave of Chinese and Korean visitors. I think these people are going to feel safer being in Vietnam, given the press around how well Vietnam has handled the situation. I also think for them it is a newer destination, compared to Thailand, where they have spent a lot more time.

“And after being locked up for so long, people are going to look for more experience-driven travel and off-the-beaten paths, as opposed to being in cities. Given Vietnam’s 3,000-kilometer coastline and varying topography, they could be in caves, waterfalls, mountains, rice fields, beaches, Mekong all within a week,” said Piro.

In comparing the race between the two, Bill Barnett, managing director of C9 Hotelworks, said Vietnam is easier to control post-coronavirus as it’s an end destination rather than an international hub that Thailand is. Also, the public sector in Vietnam is considerably more centralized whereas Thailand’s provincial structure is inherently more complex. 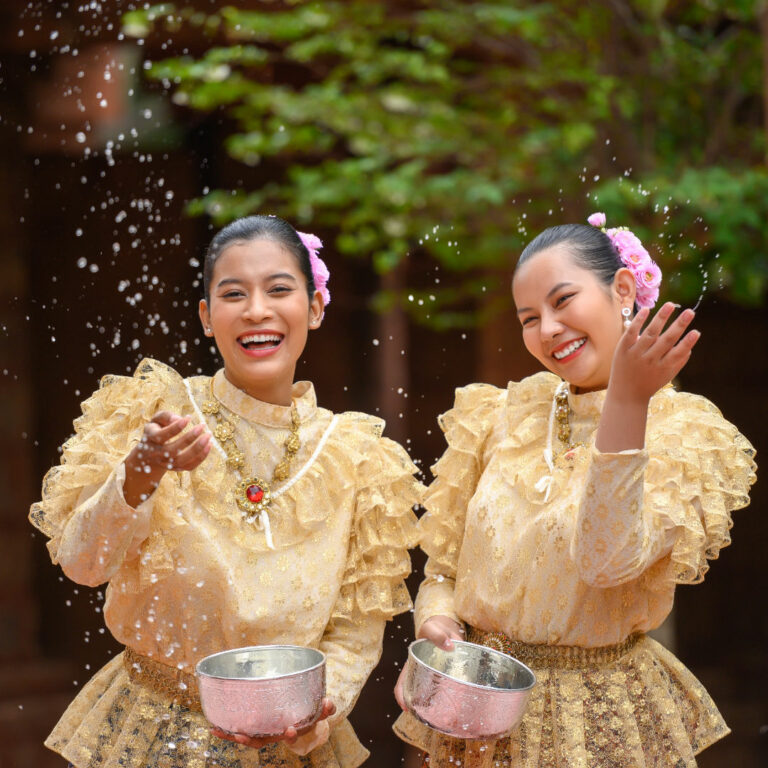 30 January, 2023
Time your visit to the Mekong to coincide with a local festival!
Read More 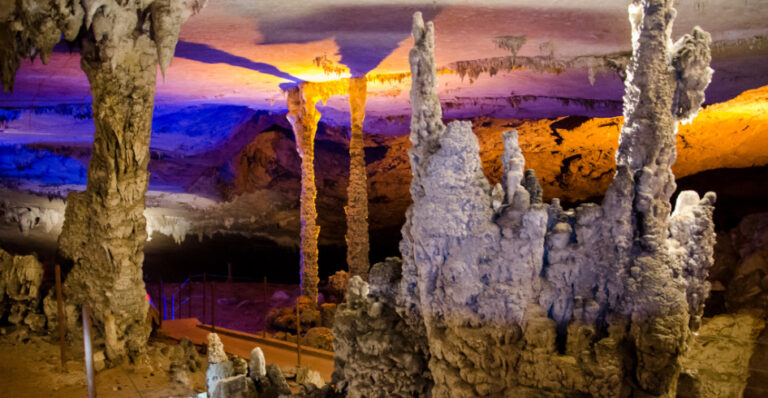 Exploring the Mekong’s Caves: See You Below Ground

23 January, 2023
You’ve seen all there is to see of Mekong under the sky; what about seeing what’s...
Read More
No posts found 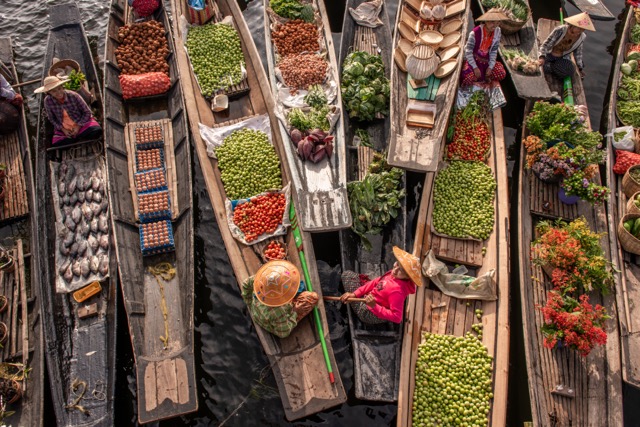 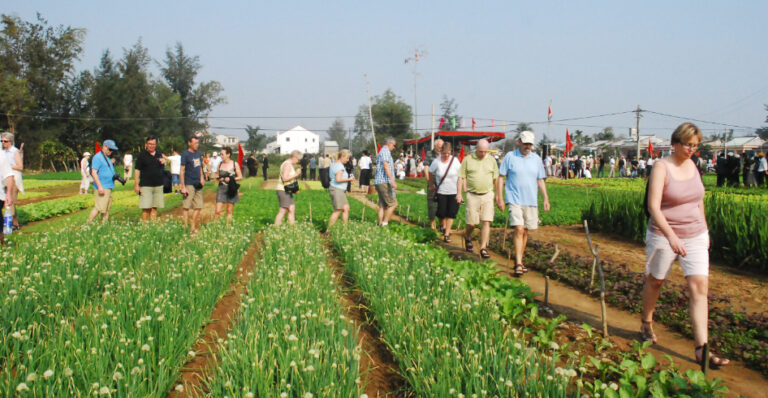 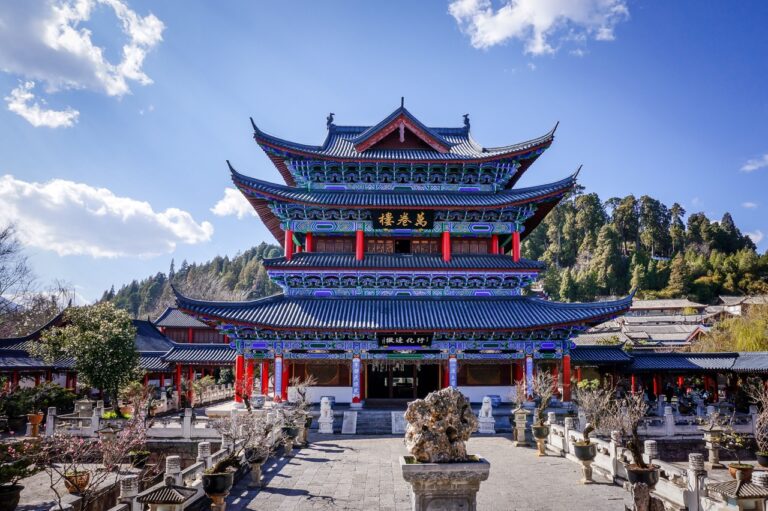 Mekong’s Reconstructed Royal Palaces Lie Off the Beaten Track
The kings that once ruled vast swaths of the countries bordering the Mekong were absolute masters of their realms:
Learn More